There has been much interest in recent years in Ozonolysis as a potentially green oxidation route, and especially in flow ozonolysis.

In April 2010 Vapourtec announced early trials being carried out as a collaboration between the Gavriilidis and Motherwell labs at University College London.

The Vapourtec R Series system with a cooled reactor was used as shown below. 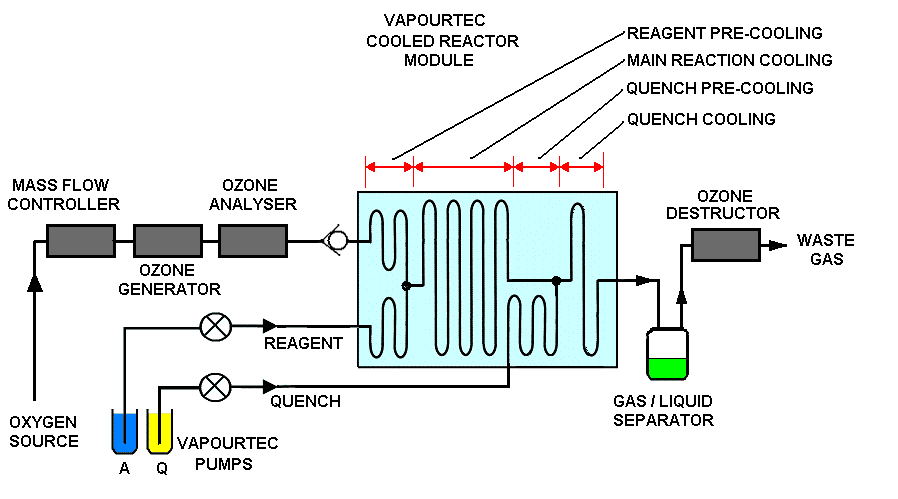 Examples of published literature for Ozonolysis

Flow assisted synthesis: a key fragment of SR 142948A

The development of a short route to the API ropinirole hydrochloride

Ozonolysis of some complex organic substrates in flow