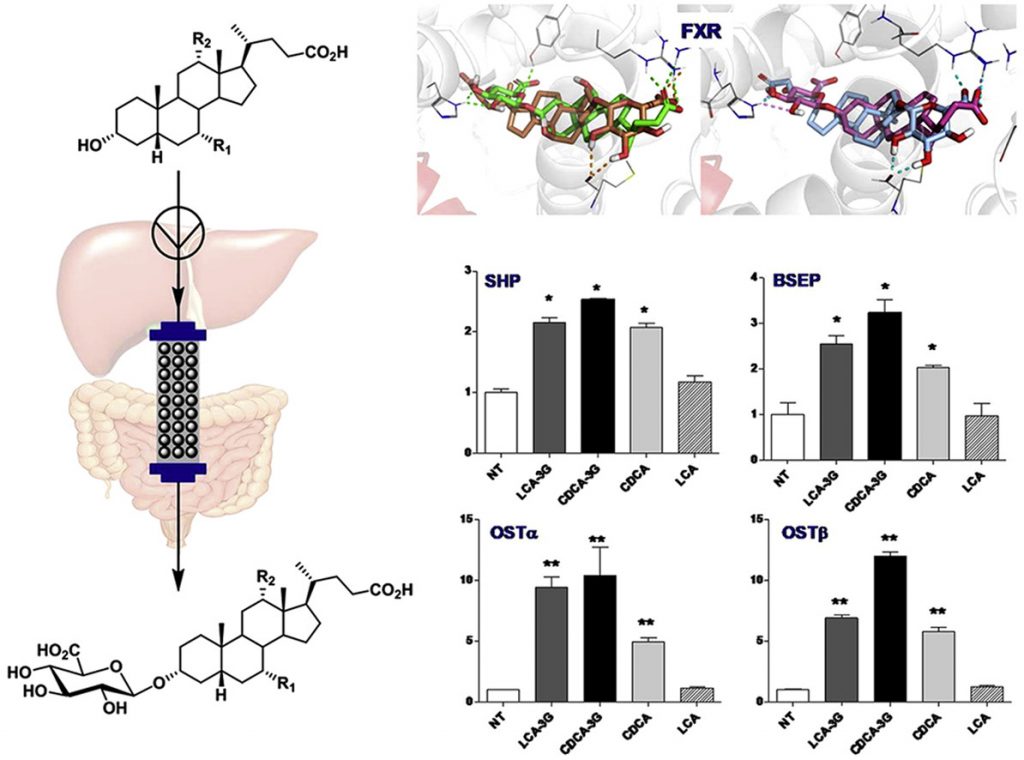 Glucuronidation is considered an important detoxification pathway of bile acids especially in cholestatic conditions. Glucuronides are less toxic than the parent free forms and are more easily excreted in urine. However, the pathophysiological significance of bile acid glucuronidation is still controversial and debated among the scientific community. Progress in this field has been strongly limited by the lack of appropriate methods for the preparation of pure glucuronides in the amount needed for biological and pharmacological studies. In this work, we have developed a new synthesis of bile acid C3-glucuronides enabling the convenient preparation of gram-scale quantities. The synthesized compounds have been characterized in terms of physicochemical properties and abilities to modulate key nuclear receptors including the farnesoid X receptor (FXR). In particular, we found that C3-glucuronides of chenodeoxycholic acid and lithocholic acid, respectively the most abundant and potentially cytotoxic species formed in patients affected by cholestasis, behave as FXR agonists and positively regulate the gene expression of transporter proteins, the function of which is critical in human conditions related to imbalances of bile acid homeostasis.