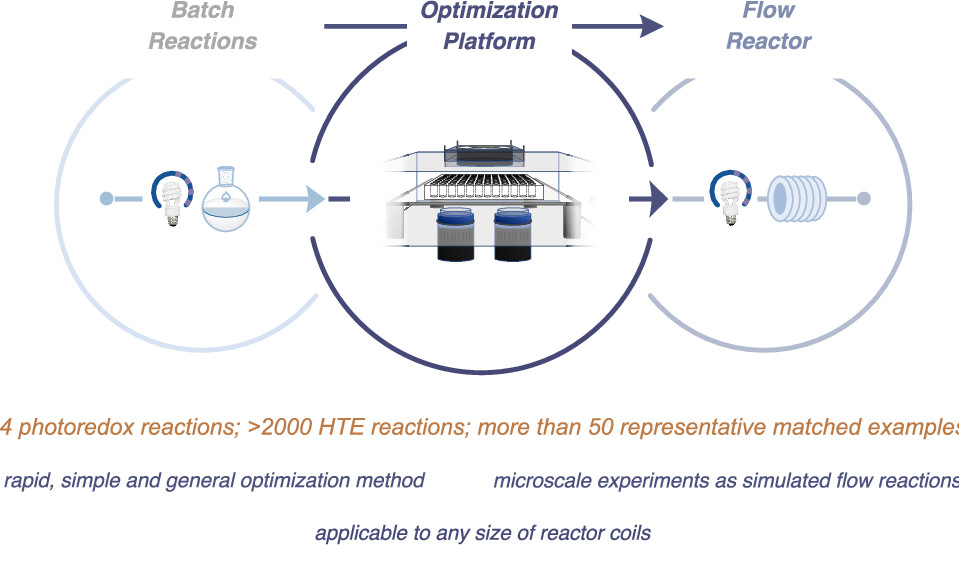 Photoredox catalysis has emerged as a powerful and versatile platform for the synthesis of complex molecules. While photocatalysis is already broadly used in small-scale batch chemistry across the pharmaceutical sector, recent efforts have focused on performing these transformations in process chemistry due to the inherent challenges of batch photocatalysis on scale. However, translating optimized batch conditions to flow setups is challenging, and a general approach that is rapid, convenient, and inexpensive remains largely elusive. Herein, we report the development of a new approach that uses a microscale high-throughput experimentation (HTE) platform to identify optimal reaction conditions that can be directly translated to flow systems. A key design point is to simulate the flow-vessel pathway within a microscale reaction plate, which enables the rapid identification of optimal flow reaction conditions using only a small number of simultaneous experiments. This approach has been validated against a range of widely used photoredox reactions and, importantly, was found to translate accurately to several commercial flow reactors. We expect that the generality and operational efficiency of this new HTE approach to photocatalysis will allow rapid identification of numerous flow protocols for scale.