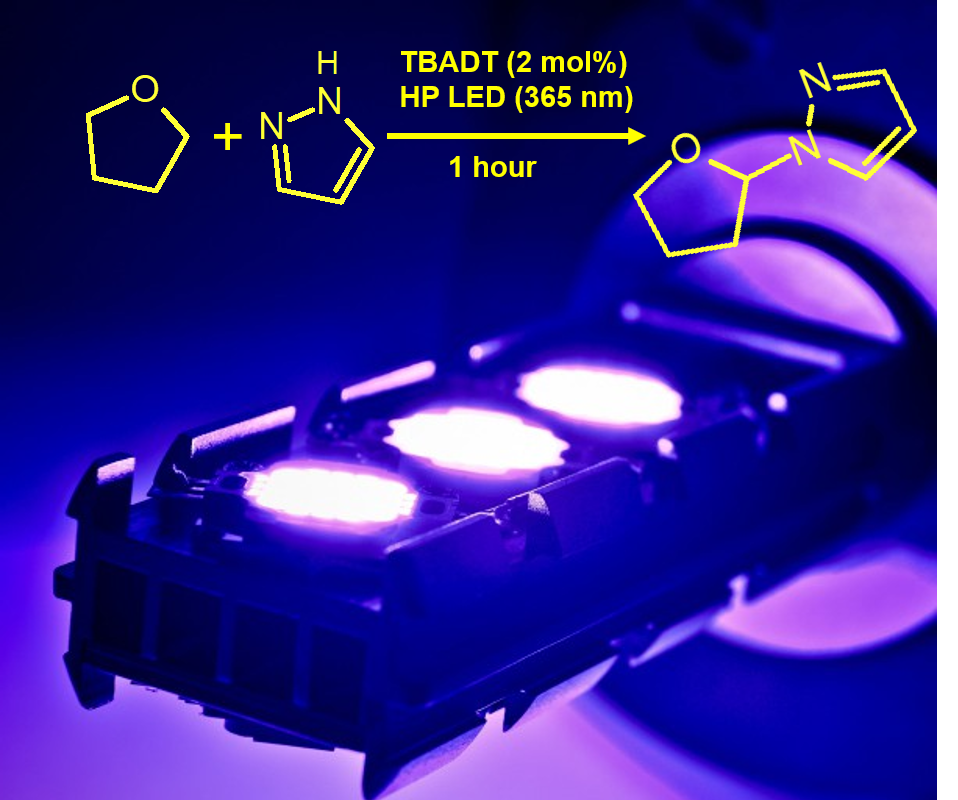 Photocatalytic hydrogen atom transfer is a very powerful strategy for the regioselective C(sp3)‒H functionalization of organic molecules. Herein, we report on the unprecedented combination of decatungstate hydrogen atom transfer photocatalysis with the oxidative Radical-Polar Crossover concept to access the direct netoxidative C(sp3)‒H heteroarylation. The present methodology demonstrates a high functional group tolerance (40 examples) and is scalable when using continuous-flow reactor technology. The developed protocol is also amenable to the late-stage functionalization of biologically relevant molecules such as stanozolol, (‒)-ambroxide, podophyllotoxin and dideoxyribose.