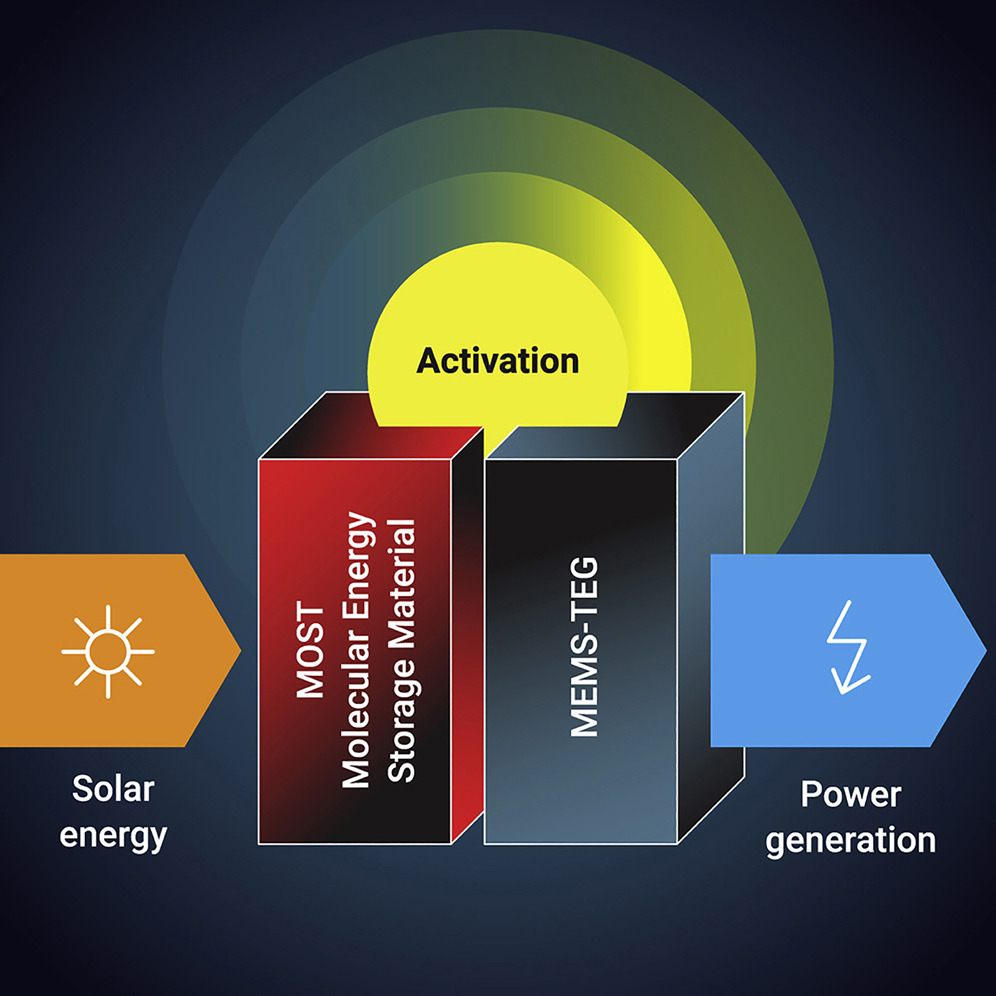 Electricity derived from photovoltaics is limited by solar intermittency. Storing solar energy for on-demand power production could address this challenge. Here, we combined both solution- and neat film-based molecular solar thermal (MOST) systems, where solar energy can be stored as chemical energy and released as heat, with microfabricated thermoelectric generators (MEMS-TEG) to produce electricity when solar radiation is not available. The novel small-scale hybrid integrated devices demonstrated continuous power densities of up to 1.3 W·m-3 by storing solar energy in Sweden then releasing heat and generating electricity in China. Our results show that, the proof-of-principle on a small scale and independent of time and geographical restrictions, opportunities exist for local solar energy storage and power production beyond traditional photovoltaic-electrochemical cell technologies.